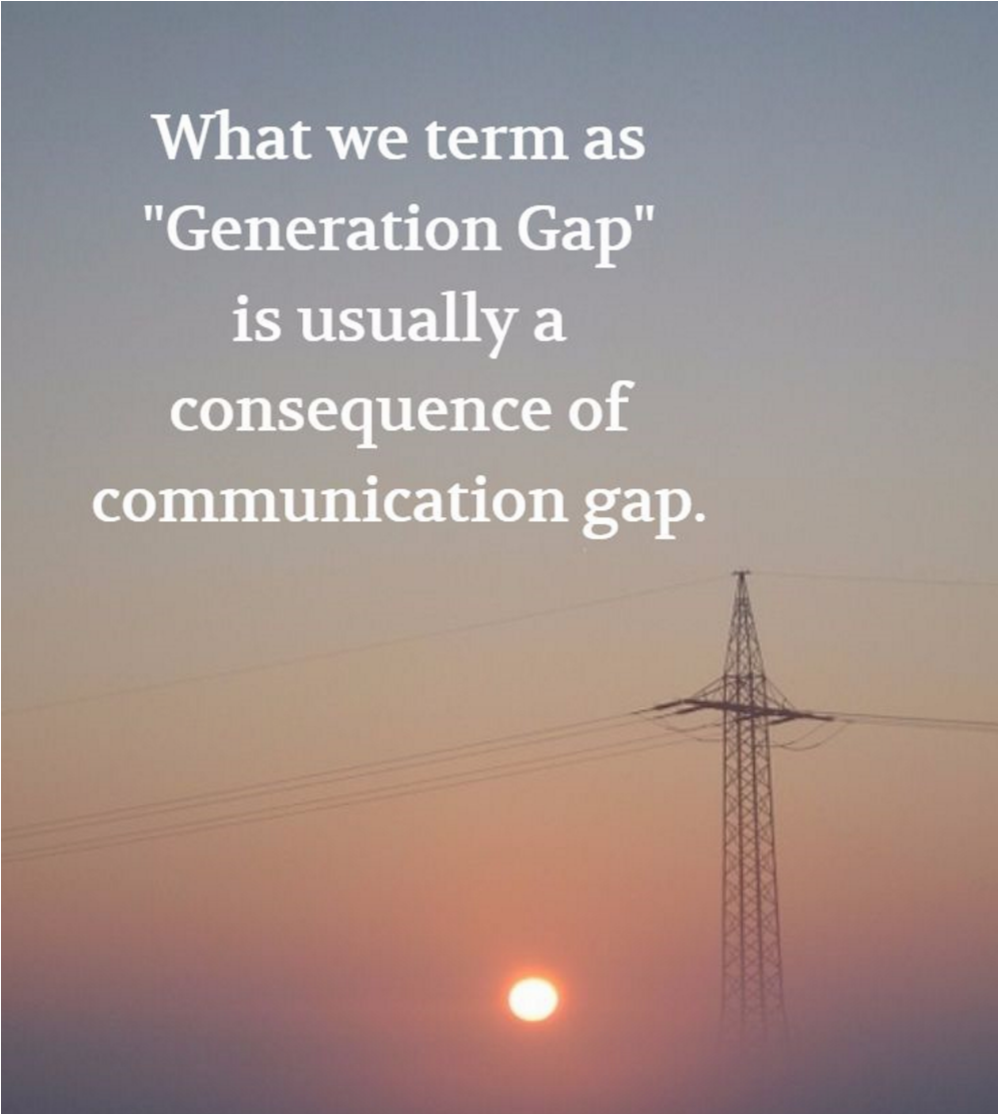 Oh, yes… We’ve all been there – The unnecessary arguments with mom and the differences with dad. The conclusion? “In our time, we never dared to talk back to our parents.” One sentence and you’re back to whining about how their generation does not understand yours.

Being a parent is a full time job and no, it really is not as easy as your parents make it look. It takes years of efforts and nurturing to build an individual who is ready to take on the world, flutter his/her wings and soar. While you may disagree with us, it does not alter the reality that today wherever you stand, at least some part of it, you owe it to your parents.

As grateful as you ought to be to your parents, there are certain problem areas which we simply cannot deny. How often have you heard of “Generation Gap”? Well, it is just a fancy term to explain the differences in the beliefs and actions between your parents’ generation and yours. It might seem harmless at first, but with every rising argument it inflates to an extent till you no longer have open means of communication with your parents.

The question is – Who is to be blamed for this gap and lack of understanding? Our answer might sound diplomatic to you but believe us, we have a strong, underlying reasoning behind it – No one. Yes, Narendra Modi has gone ahead to quote Bob Dylan- ‘The times are a-changin’” but that is just the tip of the iceberg. If the Prime Minister of the country can welcome change, so can your parents, right? Maybe. Humans have the innate ability to adapt to your surroundings. This instinct is perhaps, to be blamed for the generation gap.

As parents, their role is to guide you and help you become a better person – A strong individual who can withstand whatever curve ball life throws at them. However, as you grow up, the role of the parent changes drastically. During childhood, you’re in constant need of attention from your parents. As you grow older, their role changes to guides and role models. But this the phase where parents get stuck – Like iron to a strong magnet. What they don’t realise is that their child continues to grow past this phase, too. This is when you don’t need your parents to guide you or be the role models, you simply need their support. Rather, to put it into better words – As you grow past your teenage years, the role of a parent should be modified to a friend and not a guide. This absence of transformation, in our opinion, leads to the generation gap which restricts further conversations.

What is the solution? You know how pipes burst if they’re clogged? That’s how communication lines are – A network of pipes. Frequent cleaning in the form of minor disagreements and arguments might help to prevent the outburst. It’s not quantum physics – Sit down with your parents and talk. Make them a part of your life and let them trust you. It might seem a little tedious but this tiny exercise will help you unlock the friends hidden in your parents.

Generation gap is not an issue that you can blame on your parent’s’ generation and get it over with. It’s an ongoing process. A decade later, the tables will be turned and you’ll probably hear your child complain – “But you don’t understand me!”

This site uses Akismet to reduce spam. Learn how your comment data is processed.